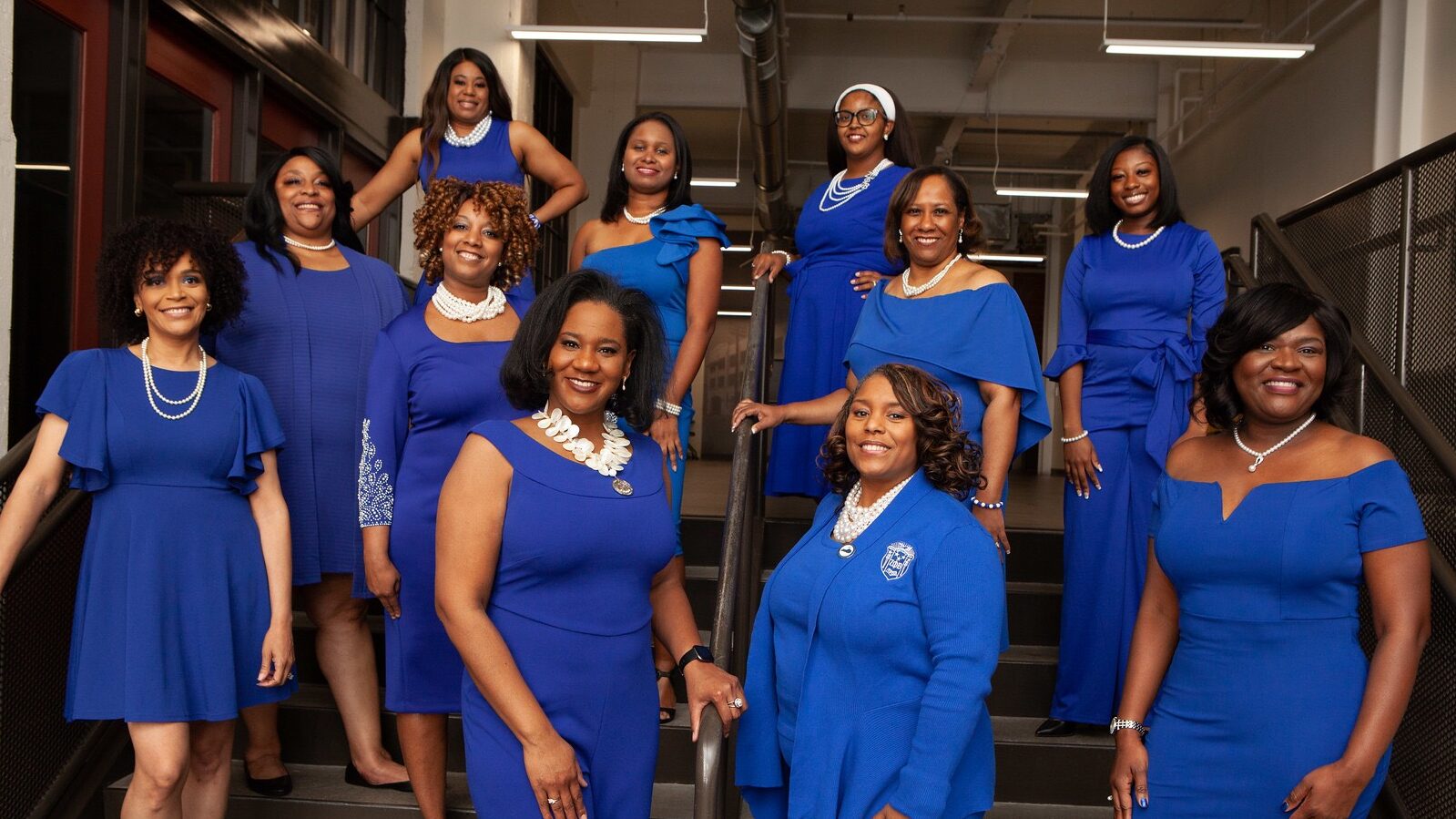 The Beta Alpha Xi Zeta Chapter is committed to upholding the founding principles of Zeta Phi Beta Sorority, Inc. and SERVICE is what we do. The chapter maintains strategic alignment with the Sorority’s national initiatives which serves as the blueprint for everything that we do in the Louisville community.

On October 9, 2017, the chapter delivered remarks for the Hometown Heroes Banner unveiling for Triumphant Soror Alberta Odell Jones, Esq. Soror Jones was a Civil Rights Activist, the First Kentucky Woman Prosecutor, and the First African-American Woman to pass the bar. She negotiated the first official fight contract for Muhammad Ali who was her neighbor.  The banner entitled “Alberta’s Louisville”, hangs from the side of the River City Bank Building in Louisville, KY. Soror Jones was killed on August 5, 1965, at the age of 34 as no one has ever been charged with the crime. Her murder case was re-opened in August 2016 through the efforts of her younger sister, Flora Shanklin, and Bellarmine University Professor Lee Remington Williams, Esq. Since April 22, 2018, the chapter participates in the Bellarmine University Legal Internship Program and Awards.  The university awards a student the Alberta O. Jones, Esq. Intern Award. On April 27, 2018, the chapter participated in the Alberta O. Jones, Esq. Courtroom and Hall of Fame Dedication at Central High School, Room 201.  On November 12, 2018, the chapter delivered remarks at the unveiling street sign honoring Soror Jones at the corner of Dr. W.J. Hodge Street and West Broadway for her work toward fairness and equality.

In October 2017, the chapter organized efforts by donating funds and 27 Wigs to support the American Cancer Society’s Wigs for Awareness. Efforts continued in December 2018 by donating $200 and several wigs.  On March 8, 2018, the chapter organized and delivered a free Elder Care Event for Getting the 411 on Caring For Your Aging Parents with over 40 community members. On May 19, 2018, the chapter participated in the Memorial Gravesite Dedication for the 7th Grand Basileus Fannie R. Givens at Eastern Cemetery. The chapter volunteered for Voter Registration Training and serviced the community at polling sites. On October 28, 2018, the chapter held a “Zetas Stand For Unity” Prayer at Kroger’s in Jeffersontown to pray and acknowledge negative racial acts that resulted in the passing of Maurice Stallard and Vickie Lee Jones. Our very own chapter member, Kellie Stallard Watson, Esq. is the daughter of the late Maurice Stallard.  On November 5, 2018, the chapter participated in the “Stronger Than Hate” gathering to support a movement of togetherness for acknowledging and addressing negative racial acts.  The chapter consistently participates with Centennial initiatives and implemented the Sisterhood Tea on December 8, 2018.